In order to finish the fin and before I could start planking the fuselage, I needed to figure out the full flying stab controls.  I had already decided on a bell crank style with a center pivot, but I'm a visual person and wanted to be able to hold the stab up to the fuselage while building the pivot point.  Again, this plane has no instructions and the plans don't have this laid out, so it's design as you go and it was time to start the stab.
This thing seemed a little overly complex / engineered, but I'll chalk it up to the journey that counts.  I could have built a simpler version with the same shape, but chose to stick with the 'stock' method as much as possible.  It's basically a 3 spar system of hard 1/8" tapered balsa with the 1/16" x 1/8" rib strips.  Then the entire subframe was wrapped in the top and bottom sheeting and rib caps added to round it out.  It does produce a very stiff and lightweight stab, and these stabs are as big as some of the wings on my park fliers!
First, I created a pattern of the stab sheeting using file folder card stock.  Then I transferred the pattern onto 1/16" x 4" sheets of lightweight balsa.  It turns out the 3 pieces make up each half, so I had to join them together to make one connected sheet for each stab half.  I use the method of a covering iron turned all the way up to superheat the Titebond glue and cure it extra fast.  I also use this method to attach sheeting to wings and things.  Then I use a piece of ceramic tile as my surface because the glue won't stick to it, and the heat of the iron won't affect it. 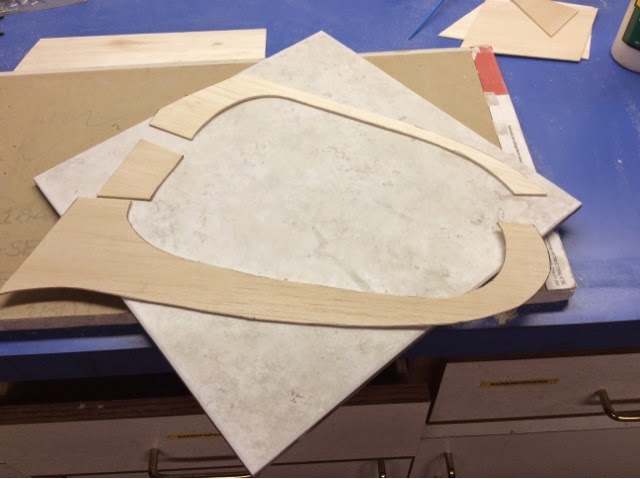 I used the surgical rubber method of attaching the pivot connector to each stab half.  The pivot rod is a piece of hollow carbon fiber rod that slightly presses up against the surgical tubing which has been glued to a hard piece of balsa on the center spar.  This grips the rod and holds the stab tight.  Worked well on my Genie, and should work fine here too. 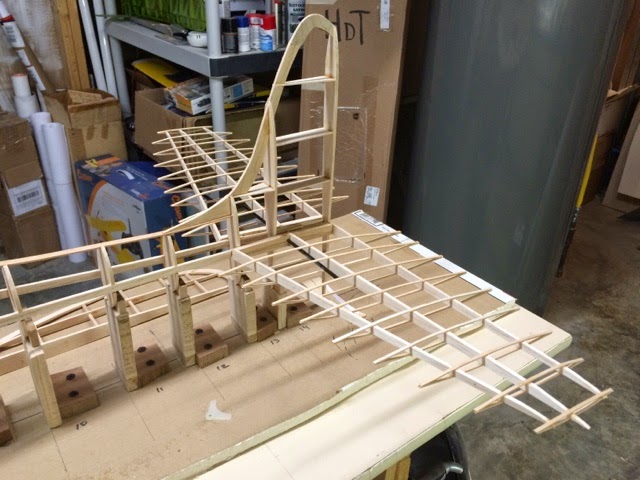 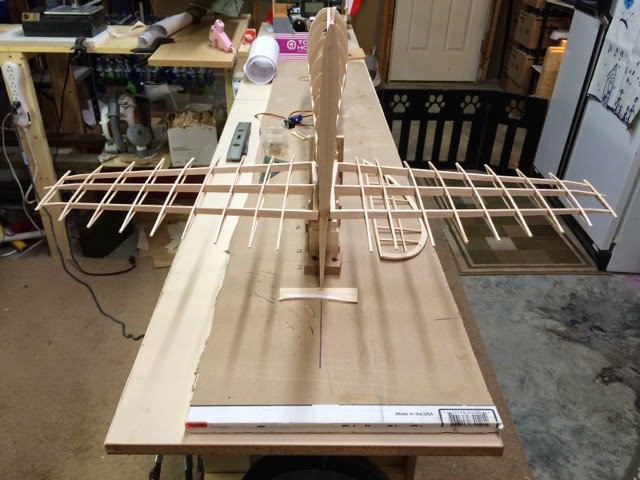 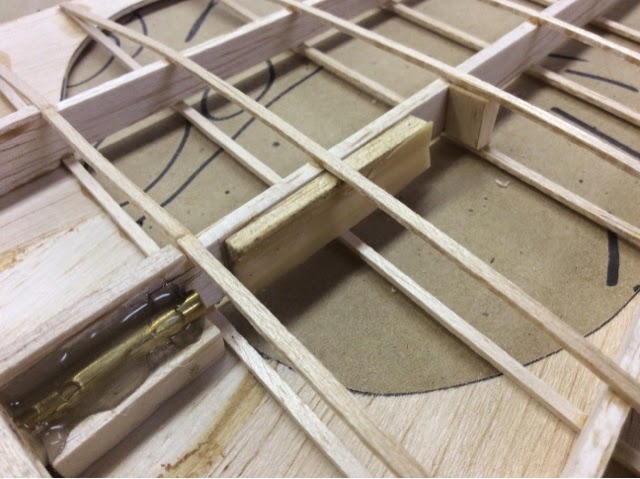 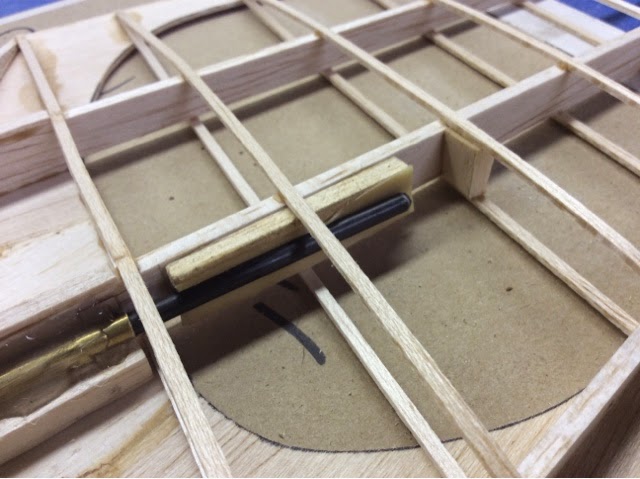 Next, the sheeting was attached using the hot iron glue method. 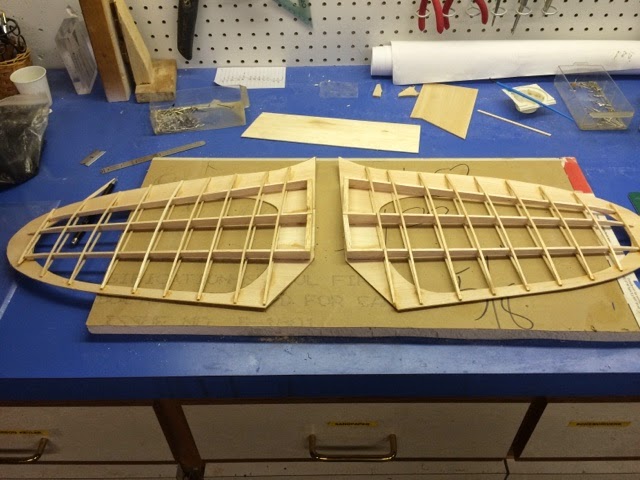 And then I could get started on the control mechanism.  I made a bell crank out of some spare computer board material that I have from a flatbed scanner that I tore apart a few years ago.  The stuff is very stiff but easy to work with, and I've used it for control horns and other bits in the past.  You can see in the pic that I added extra bearing surface to each side so it fits snugly between the hard balsa rails, and also adds more stability as it pivots on the brass carrier. 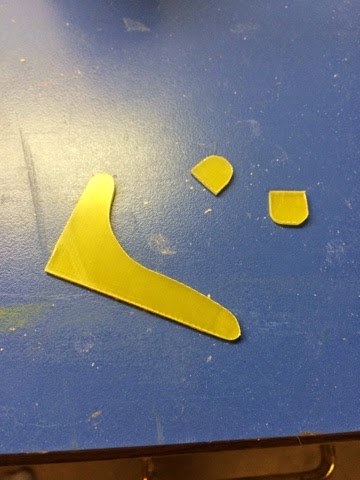 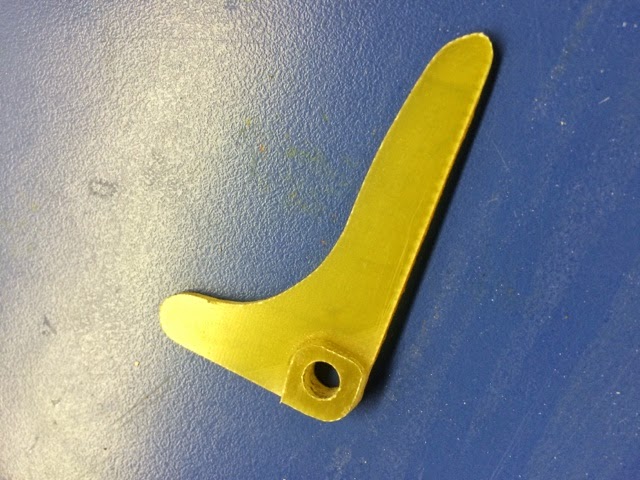 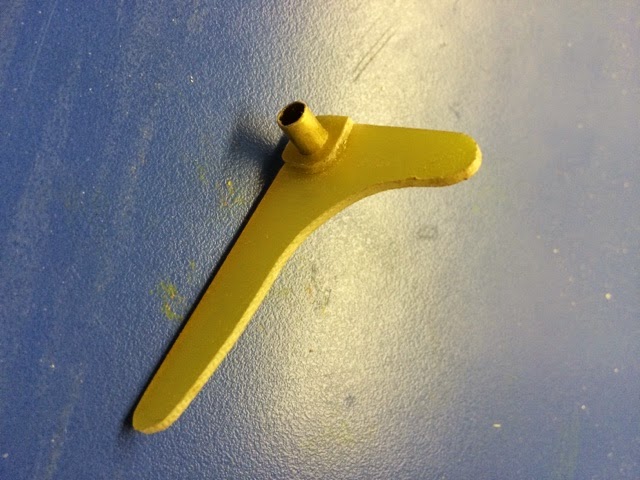 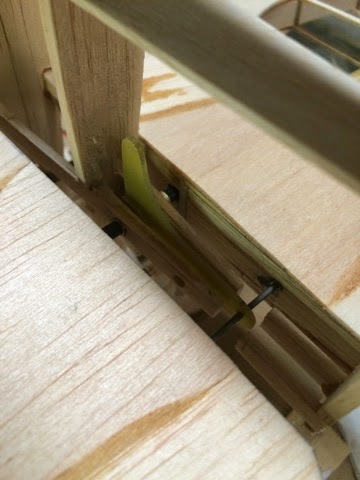 After getting the alignment correct, it was just a matter of inserting aluminum recover tubes into each stab half to receive the bell crank rod, and the controls are almost ready to go. 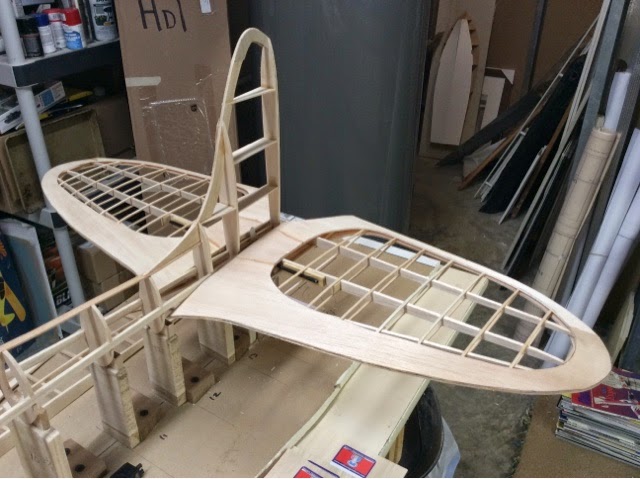