Welcome to my blog

Initially, I'm going to use this blog to document the build of an old free flight airplane known as the Big Gull designed in 1938 by Winnie Davis, but in this case, I'm going to install RC equipment.  After that, who knows.  Maybe I'll keep it going with another plane, but one thing is certain, you will only see me build planes - I don't fly ARFs.

The original had a 153" span, but the scaled down 120" version is better aligned to what I'm looking for at the moment.  I wanted a plane that was going to be a challenge to build but still have a distinctive and attractive final outcome, and I think the Big Gull will provide that challenge.  SAM Hall of Famer Eut Tileston has supplied the plans for the 120" version of the Big Gull complete with improvements that he has incorporated into his Gulls over the years.  A big thank you to Eut for this contribution and for supplying the ONLY pictures of the Big Gull that I can find anywhere on the internet.  IF YOU HAVE BUILT ONE OF THESE BEAUTIFUL PLANES, PLEASE LET ME KNOW!

I haven't decided on all of the details, but the plane will be electric powered.  I'm in no rush to complete this plane, so sit back and enjoy the build.

Here are a few pics of the plane and Eut on the cover of SAM Speaks newsletter.  I can only hope to duplicate Eut's skills on this plane, but I'm going to give it a try! 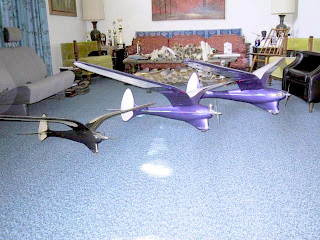 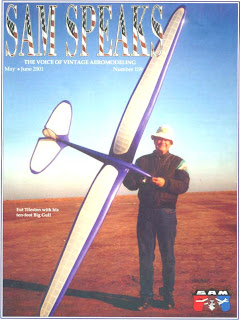 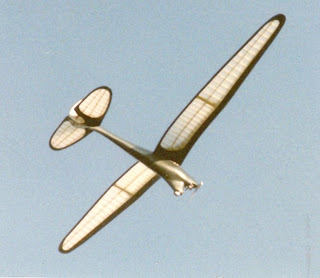