Every good scratch build starts with a set of plans and some wood.  Well, we sort of have both covered now.  The plans came from Eut, and I did a little touch up work on some of the lines that had been faded.  Nothing serious, just a little touch up with a  pencil.  Then comes the studying....what I love most about these old plans is the freedom of interpretation it gives the builder at times.  Most of the new cad plans of today have everything down to the exact detail, but these old plans leave a LOT of detail out, and leave it to the builder to figure it out later.  I like that challenge.  So my next step with the plans is to have another copy made, so I can cut them apart and start creating templates.

All on one sheet. 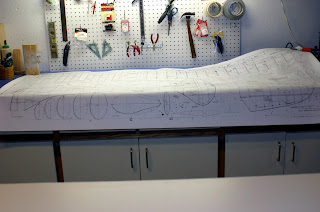 I took the plans out to my good friend Jay Burkart's shop this weekend, and we both had our own head scratching session looking at the different parts of the plane, Eut's modifications, and some of the interpretations we would need to make.  That's when Jay realized that this fuselage needs to be built via the crutch method.  I didn't recognize it because I'd never built one like that before.  So over to Jay's hobby shop supply we went for a couple of good matching pieces of medium balsa to use as the main crutch assemblies.  Now I have no excuse to get started. 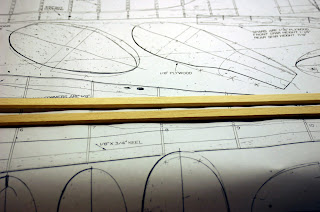 Check out some of the former mods and this cool note about sheeting the sides. 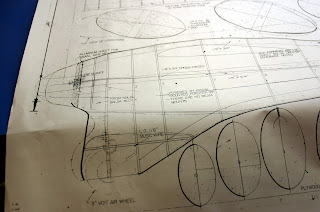 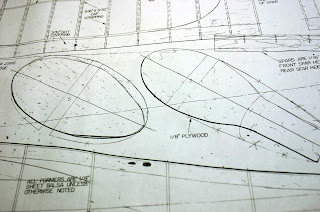 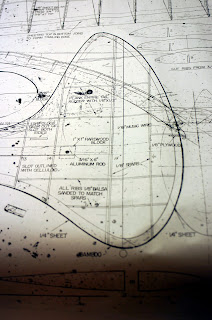