Yes, I've been working on her but iCloud sync issues were delaying any posts.  Updating this blog without pictures is like eating toast without butter.  It just ain't right.
The first big milestone was finally removing the fuselage from the crutch.  Since I attached the formers to the crutch using hot glue, I just ran a knife down the seem and the parts separated very nicely.  But before all of that I took my time figuring out the wing mount location and marked it with pencils and pen on the wood.  That way when I cover the fuselage with fiberglass I'll know where the cut lines need to be.  I also did the same for the servo access doors in the tail.  The easiest way to find the internal bulkheads was to turn the lights out and shine an LED flashlight up under the fuselage.  The formers showed through the sheeting and gave me a clear line to trace. 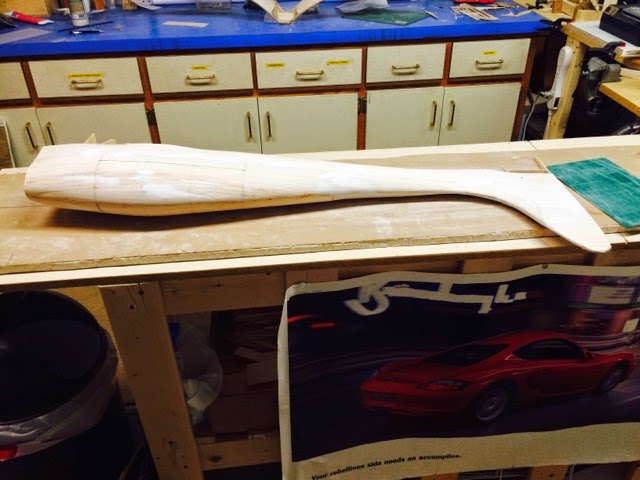 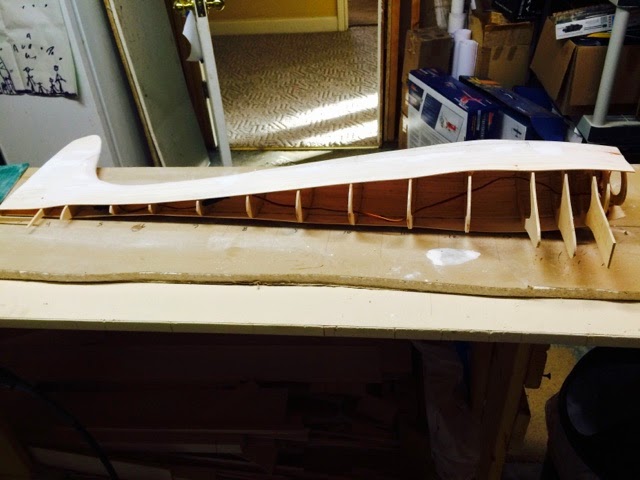 I also took some time to make a servo lead extension for the rudder servo.  No pics of that, but I did have a little excitement when I was shrinking the heat tube over the connectors with a match and the balsa lit up like it was soaked in gasoline!  Luckily I restricted the damage to a small 1/2" x 1" section which was easy to replace.
Then it was time to figure out the main landing gear before starting the bottom sheeting.  I used a 2.25" wheel and 3/32" wire to form the main gear.  There are two pieces of wire that sandwich together in a brass hub in the wheel.  That whole assembly is then attached to the
rearmost ply former with hard balsa  blocks and epoxy. 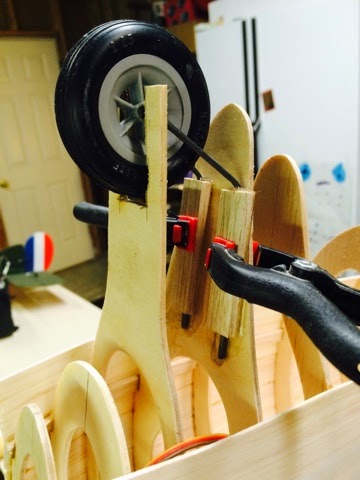 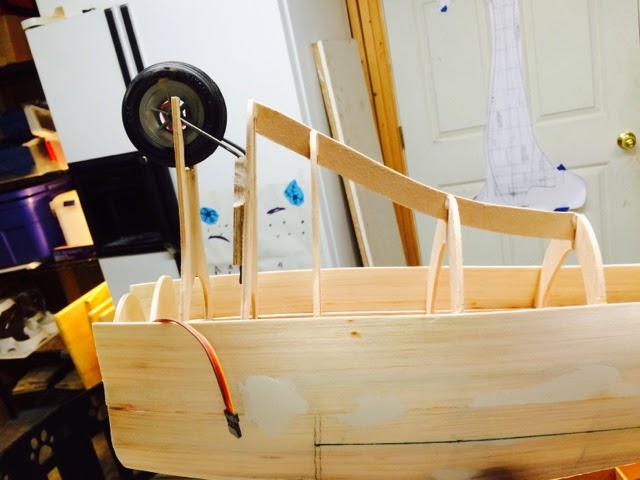 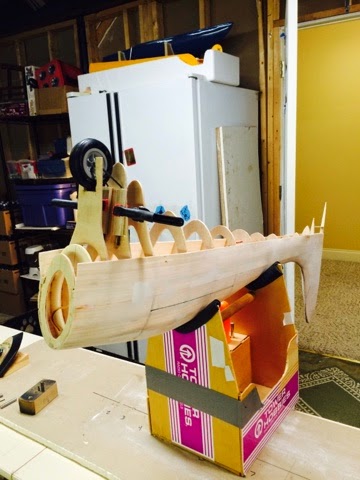 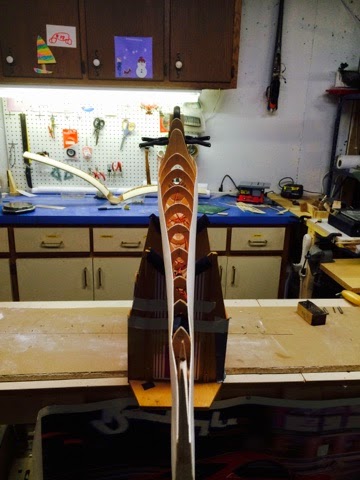 You can also see that I started installing the bottom backbone made from 1/8" bass.  I used tracing paper to transfer sections from the plans to the wood, then used my bandsaw to cut the pieces out.  I cut slots in the formers and glued in the spine. 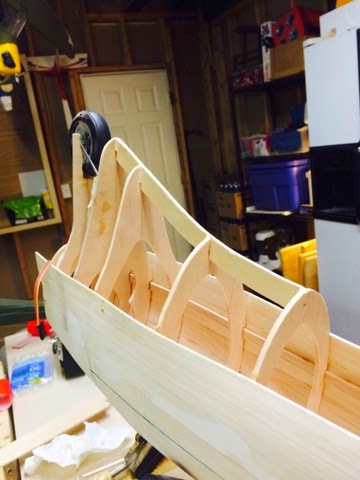 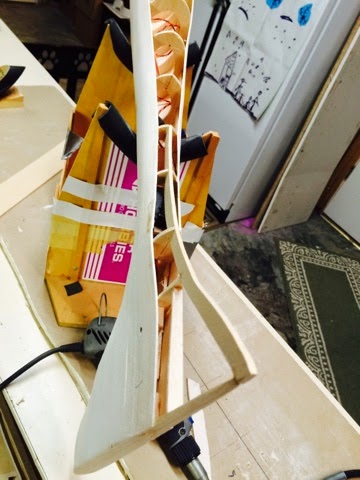 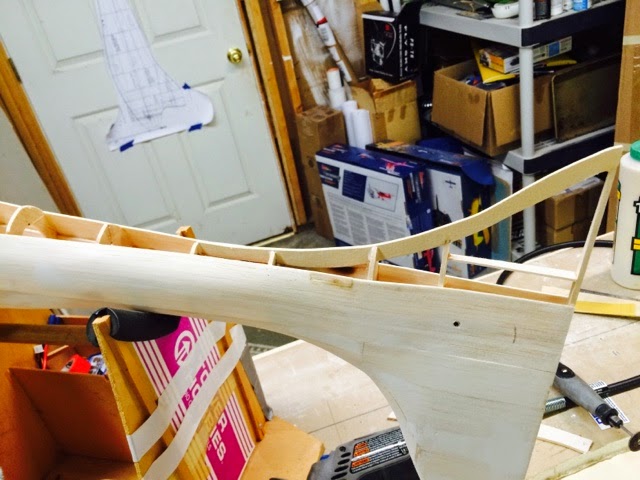